People have been emailing me pics of this Ganguro phenomenon since November (thanks Kristina S. and Andrea). According to Wikipedia,


"Ganguro (ガングロ; "Black Face") is an alternative fashion trend of blonde or orange hair and tanned skin among young Japanese women that peaked in popularity around the year 2000, but remains evident today."

There are different versions of Ganguro, including the more hardcore Yamanba and Manba.


"Yamanba (ヤマンバ?) and manba (マンバ?)....terms often used to describe extreme practitioners of ganguro fashion....The term yamanba derives from Yama-uba, the name of a mountain hag in Japanese folklore whom the fashion is thought to resemble."

When your look is described as "mountain hag", you might want to change up your whole style.


"One of the most famous early ganguro girls was known as Buriteri, nicknamed after the black soy sauce used to flavor yellowtail fish in teriyaki cooking. Egg made her a star by frequently featuring her in its pages during the height of the ganguro craze. After modeling and advertising for the Shibuya tanning salon "Blacky", social pressure and negative press convinced Buriteri to retire from the ganguro lifestyle.[3]"

"Blacky" is the worst name for a tanning salon I've ever heard. 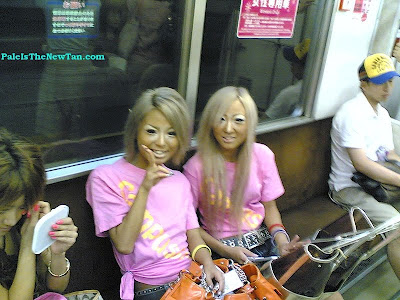 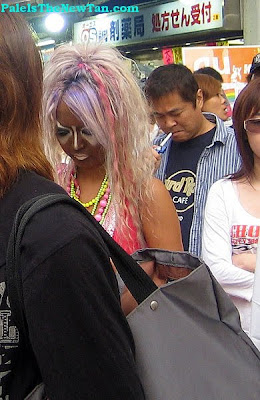 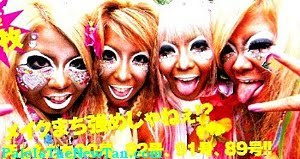 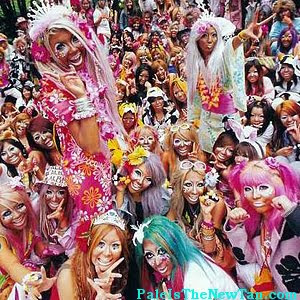 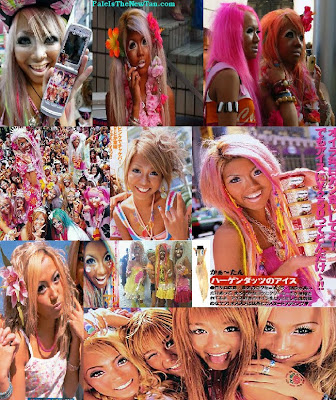