I'm back before you had a chance to miss me 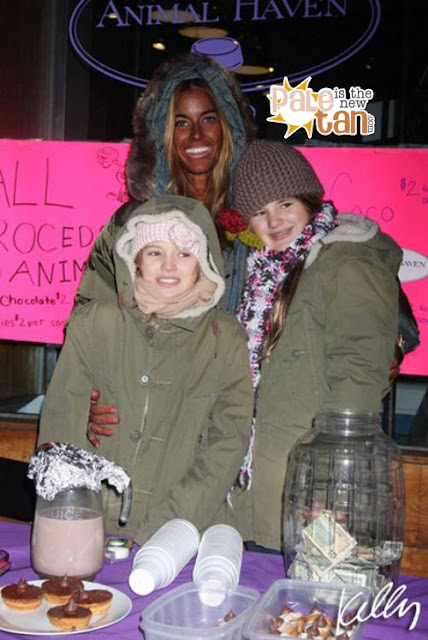 My momma can't save you this time, orangies is history!
Speaking of moms, WTF is with this one? Looks like she smeared those chocolate treats all over her body. Winter coats and pale offspring don't go with a dark chocolate tan.

I haven't updated in a long time. Part of it is that I haven't come across as much good content for the blog. However, mainly it's because I've been doing other stuff, like bodybuilding, watching UFC/MMA, pointing out religious insanity on Twitter, etc.

While I was gone, California took a big step and banned tanning beds for minors (under 18). I used to go to tanning beds from ages 16 to about 22. I'm now suffering for it by having to get questionable moles cut out of my body before they turn cancerous. With that said, I now have many nasty scars on my body from where the skin was cut out. Some of them have turned into keyloid or hypertrophic scars (in other words, big scars), and I've had to get them injected with cortisone to shrink them. I also rub silicon gel on them to smooth them. The point is, if I had known back then as a teenager that because of tanning and sunburns that I'd have all these gnarly scars on my body, I certainly wouldn't have went tanning at all. Maybe I'll post pictures as a warning to people. Until next time! Laterzzzzzzz